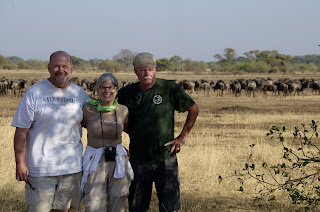 We planned our safari to Tanzania in August specifically because we wanted to see The Great Wildebeest Migration (GWM). The GWM is a as much a force of nature as birth, death, and the weather. And like other seasonal forces of nature we have  experienced in Africa - the spring blooming of the wildflowers in Namaqualand or the Jacarandas in Gauteng, the Sardine Run in the Eastern Cape or the turtles nesting in KwaZulu-Natal - it is tough to predict. 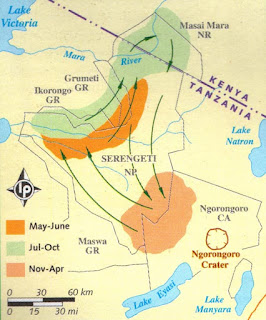 The annual movement of over two and a half million wildebeest as well as hundreds of thousands of zebras is perhaps the greatest spectacle in the natural world. This dramatic seasonal event is triggered by rainfall and the resultant grass growth in the greater Serengeti ecosystem which nourishes these herbivores. The wildebeest give birth in the short-grass plains west of the Ngorongoro Crater, then move steadily west and north through the Serengeti woodlands to arrive in the Masai Mara when the rest of the eco-system is too dry to support them.

In planning our trip we tried to maximize our chances of being in the right place at the right time. We stayed in the Central Serengeti, the Western Corridor near the Grumeti River and then finally the Northern Serengeti near the Mara River. (We would have added a stay in the Masai Mara in Kenya just to make sure we had all the bases covered, but in the end we decided against extending our trip to Kenya.) 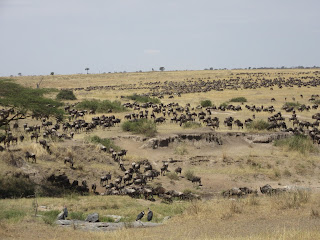 Our planning also included monitoring an application called "HerdTracker," a live feed and real time Google map showing weekly updates of the wildebeest migration's precise location in the Serengeti and Masai Mara. But still, the proof was in the pudding and we had to wait until we actually arrived in Tanzania to see if the force was with us. 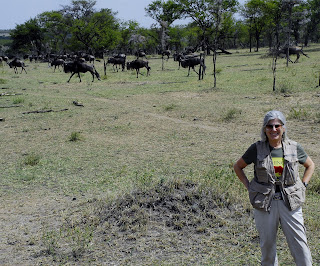 It was! Not only did we see thousands of migrating wildebeests and zebra - (I counted two million, five hundred thousand ... and one) - we also saw six river crossings including a "dry run!"