Bathroom Remodel - Part 1: The Before 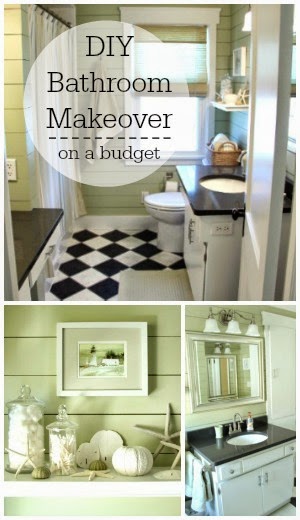 It's been TWO YEARS since I told you we were going to begin our Full Bath Makeover in hopes of having it done by the time our first baby was born.

Well, Joey worked furiously and we did get it 90% completed by Jeremiah's birth on March 1, 2013. And then some of the remaining finishing touches were finished in the summer of 2013. BUT I NEVER BLOGGED ABOUT IT!

Motherhood took over. Suddenly, feeding my baby and changing diapers and doing the full time stay-at-home-mom thing was top priority (as it should be) and I never took the time to share this little story with you.

But I'm back in what will be a 3-part series - so as to not overload you with too many photos at once - of our full bathroom makeover. This won't go into a lot of detail on the "how-to" part of this DIY process. Joey worked on it in the evenings after work, mostly, and it was hit-or-miss as to what I actually caught on camera, but hopefully you'll get a good idea of what was involved and of course, the finished results.

To remind you what this bathroom looked like when we first toured this house prior to purchasing it (in May 2010), here's what I captured on my phone at the time... 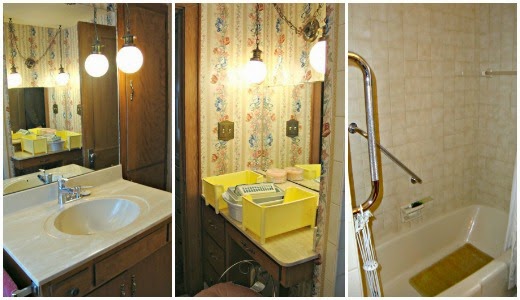 As we started the home renovation process in 2010, I thought that this bath would be on the top of the list in rooms we wanted to transform first. I was so wrong.

The first week we owned the house, I ripped down the floral wall paper that covered the walls and ceiling, took off the outlet covers, started removing the light fixtures, did a quick coat of primer on that pink ceiling, and then the whole thing came to a screeching halt as other rooms took priority. 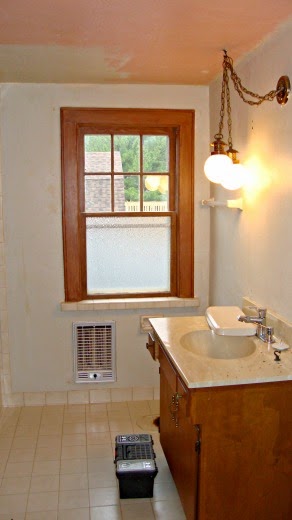 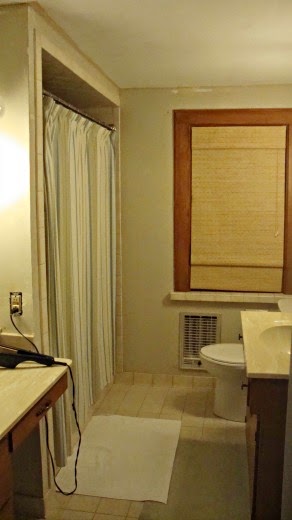 The only thing added to the space at the very beginning was a brand new toilet (I refused to use the one the previous homeowners left). 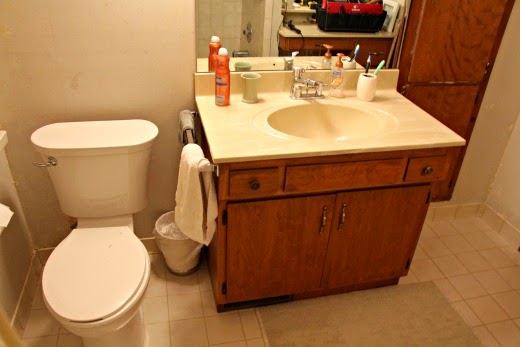 Fast forward 3 years... We have a good chunk of the inside of our house remodeled. This was the only "big" project that was left. I was pregnant and ready to birth our first baby and quit my job (bye, bye extra income) and we knew it was time!

After all, I just couldn't bathe my perfect and beautiful new baby boy in that ugly, disgusting bathtub!!! (hormones speaking here)

Having collected many, many ideas on Pinterest, I had to make quick decisions on what would stay in the bathroom and what would go. I wanted to gut this whole thing and start over, but Joey gave me a budget ... and it was only about $1500! For a whole Bathroom!

After hemming and hawing (and begging for more money and being denied more money), here's what I decided HAD TO CHANGE:

THE WALLS - the drywall was never finished properly and completely ruined when we peeled off the wallpaper that had been glued on top of it. Also, the wall with the window had a built-in heater that was unsafe for baby fingers (and maybe a fire hazard) and that needed to be removed. 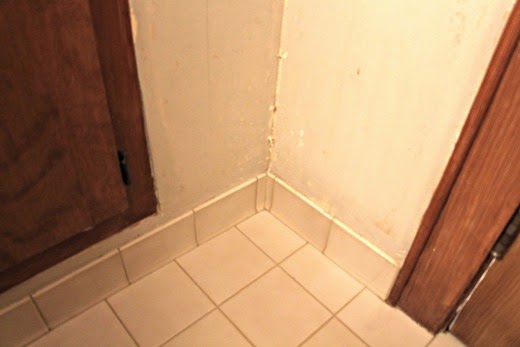 OLD COUNTERTOPS AND SINK - there's just no way to "fix" these. Below is a sink-less "vanity" that I debated whether or not to even keep, but ultimately decided to keep it for storage and the extra counter space and mirror. The vanity with the sink is opposite it. 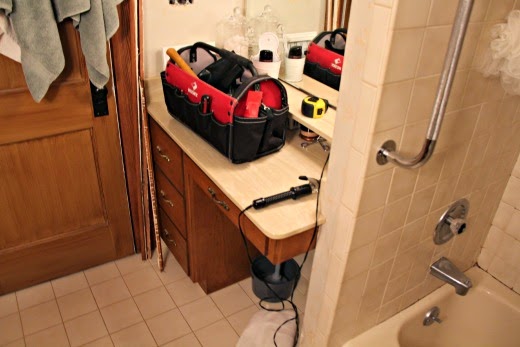 ALL THE TILE - the floor was going to be ripped up and something had to be done with the shower tile, but it was not in the budget to replace it. I could have used up all $1500 on just tile alone. So, what to do.... Hmmmm.... 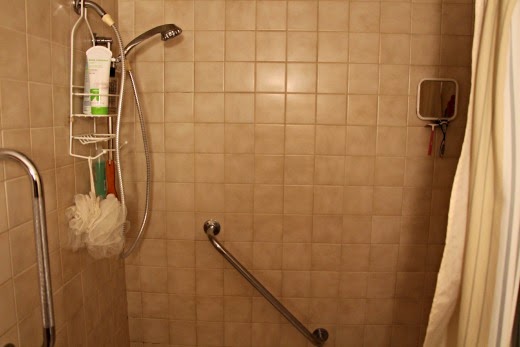 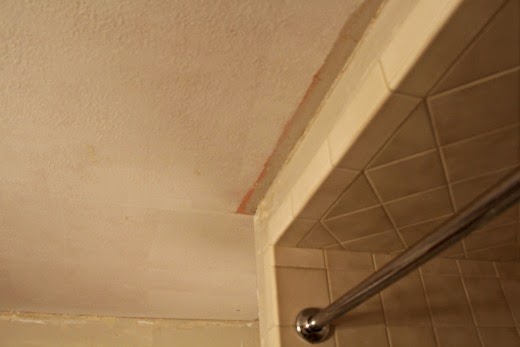 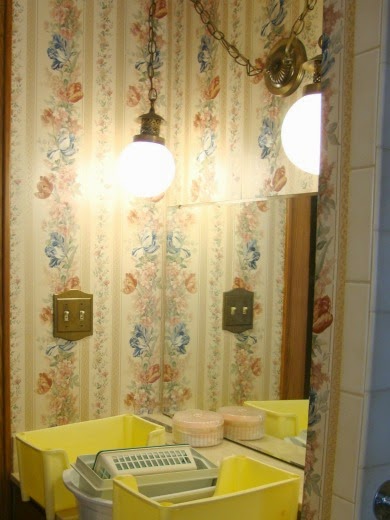 We also decided to replace the trim around the window and door and all the baseboards to fit the craftsman style look that we've used in other areas of the house. The window itself was also replaced (we're slowly working on replacing many windows throughout the house).

Now, this means that pretty much everything else would stay. The budget-busting tub, shower tile, and vanities would need a major facelift. And what to do with the walls and ceiling?